BERNARD H THORPE, co-founder of and first president of the DMA, was born at his parents’ home in Croydon, England in the late 1930s. His mother, Florinda, was Italian while his father, Henry Cyril, was English. An only child, Bernard grew up with his mother and her many sisters and while his father served in the military, stationed in Italy during the Second World War

Like Dean, Bernard was never a great fan of school and often preferred playing with his friends. It was during his teenage years that Bernard fell upon recordings of Dean and soon became a great follower of the American singer’s career. Following a stint in the army and various jobs, Bernard decided to create a fan club for Dean, having found one that had closed down in the mid-50s. He wrote to Dean, care of both Paramount and 20th Century Fox, and persisted for several months to obtain the man’s permission.

Bernard’s father had often wondered why Bernard was so persistent, saying to him, “Why bother with someone like him? They don’t want to know people like us.” But Dean personally replied one day. “As you are so damn insistent,” the letter said, “I have great pleasure in giving you my permission to start an organisation for me.”

Overwhelmed, Bernard immediately set in motion the creation of the fan club, finding that Dean was ever more supportive and ‘hands on’ as time went on. Dean and Bernard began a long working relationship on the club that eventually became a friendship, too.

Dean was the driving force behind the formation of what eventually became the Dean Martin Association and he maintained close contact with us over the years.

The DMA’s reputation grew and, as the club developed, we started solid working relationships with Dean’s record and film companies, assisting in the promotion of his career and supporting him continuously. We were instrumental in a number of Dean’s UK album releases. 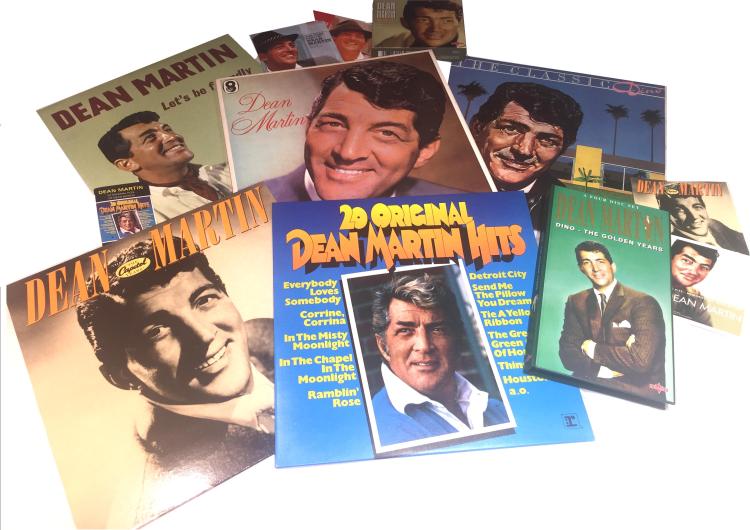 Bernard has great memories of his life and experiences with Dino and, over the years, has been very privileged to meet with, and in some cases, becoming friends with, many of Dean’s peers and contemporaries. Equally, Dean was often vocal to Bernard in appreciating the hard work that Bernard put into the club and promoting his career.

The DMA ceased being a subscription-based membership organisation in 2011.

“It has been a fantastic honor and a great privilege to be able to do what I have done for Dean,” said Bernard in 2015, not long before he sadly passed away from a short illness. “It was hard work but, from day one, truly memorable and fun and I hope that I gave Dino, a dear friend, the support he deserved. I give a huge thank you to Dino and to all of our members and friends and my family who supported both the DMA and me over all of these many glorious years.”

Bernard passed away in 2015 after a short illness.

Back to ‘Who We Are‘